Australian cinematographer David Gribble, ACS, has carved a career in Hollywood and downunder, capturing everyone from Robin Williams to Temuera Morrison. Gribble has worked in New Zealand on dozens of occasions; among the earliest was shooting Shining with the Shiner for director Roger Donaldson, as part of 1976 series Winners & Losers. Gribble later shot Donaldson's features Cadillac Man and The World’s Fastest Indian, winning an Aussie award for Indian. He also shot 2001 movie Crooked Earth. His many adverts in Aotearoa include campaigns for Donaldson, Paul Middleditch and Geoff Dixon. 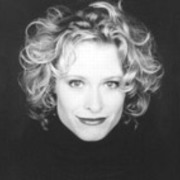 Dunedin-born Susan Brady began her screen career running across Chinatown rooftops for TV's Gold, playing an Irish sheep-rustler. The role "was a hoot". Since then she has been an Amazonian Mum on Hercules, the ditsy sister on Melody Rules, and guested as a rebellious daughter on Marlin Bay. Aside from playing her share of American mothers, Brady has brought her voice skills to Power Rangers and the Milky Bar Kid. After twice winning the 48 Hour Film Contest, Gerard Johnstone used some of the prize money to make a pilot for a comedy. Though the project went nowhere, TV3 went on to screen two seasons of his award-winning comedy The Jaquie Brown Diaries. In 2014 Johnstone’s first movie —horror comedy Housebound — garnered rave reviews and interest from America, which ultimately saw him working on the script of superhero movie Justice League Dark. In 2016 Johnstone rebooted 80s series Terry and the Gunrunners. The show's online debut won headlines, after it was judged too mature to screen in a children's slot. Catherine Downes, MNZM, has won awards both for her stage directing, and her globetrotting one-woman shows about Katherine Mansfield. After launching theatre companies in Holland and the United Kingdom, she spent five years as artistic director of Christchurch's Court Theatre. On screen, she played one of the flatmates in early sitcom Buck House, and starred as a doctor in Epidemic. Time in Australia saw her win a Sammy Award for acclaimed Kings Cross drama Winter of Our Dreams. Later she acted in the original stage version of classic Kiwi play Joyful and Triumphant, and a 1993 television adaptation.

Richard Bluck began working as a cameraman at the Avalon Television Centre in the 1970s. Alongside a host of other projects, he has brought his skills as director of photography to features Black Sheep, What We Do in the Shadows, Second-Hand Wedding and many short films.