This TVNZ doco chronicles New Zealand’s participation in 18 Empire and Commonwealth Games — beginning at Hamilton, Canada in 1930 when a Kiwi team of 18 participated in four sports. A cavalcade of gold medallists (including Yvette Williams, Dick Tayler, Anna Simcic and Neroli Fairhall) recall their glory days at the event which was set up to be “merrier and less stern” than The Olympics. Special emphasis is placed on the three New Zealand-hosted Games: at Auckland in 1950 and 1990, and Christchurch in 1974 (which hastened the local arrival of colour television). Clash of the Codes was a made-for-TV series that pitted teams representing various sports against each other in a series of devised physical challenges. In this final episode from the first series, rowing and canoeing are the frontrunners, with plenty of Olympic podium experience on both teams (Ian Ferguson, Eric Verdonk and Chris White, plus world champ sculler Phillipa Baker). They tackle a steep bush rescue and the army confidence course at Whangaparaoa Peninsula. A young Marc Ellis (rugby) gets early practice playing the larrikin onscreen.

“One of nature’s gentlemen” and “very nice, always correct,” that’s the bottom line for many of the guests honouring World War II fighter ace Johnny Checketts in this 1990 This is Your Life. The Kiwi pilot shot down 14 and a half enemy aircraft (one was shared) but plays down his own heroics. He can’t control the emotion though when he meets a French woman who helped rescue him after being shot down over enemy territory and who he hasn’t seen in 50 years. Checketts is also joined by friends, family and colleagues, including the man who taught him to fly. 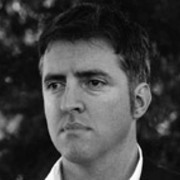 After cutting his teeth on South Pacific Television soap Radio Waves, Christchurch-born Grant Morris went on to write comedy (The Billy T James Show) and children’s classic Count Homogenized — plus help create drama series Heroes and Inside Straight. Morris has continued to write since relocating to the United States in 1985, and is now a DJ on radio station It's New Orleans.