Campaign was going to be a deadly serious look at the first outing of the then-mysterious MMP voting system. Thank heavens the people stuff turned out to be a hell of a lot more interesting than I'd anticipated.

My idea to make this film came along right at the very beginning of the "DV" digital video revolution... with the help of the late, sincerely generous Russell Baxter I was able to go shares in a VX100 camcorder and get amongst it. I believe ours was only the second DV camera to arrive in Wellington, days before the election campaign started. Suddenly it was possible for one guy to shoot broadcast-looking video on a relatively tiny camera that cost a tenth of what similar quality had a month before. That changed everything, especially for a guy doing something so geeky and unfashionable in the eyes of the NZ funding bodies; we had no budget whatsoever.

To their very great credit, all the Wellington Central campaigns agreed to gave me good access to their inner machinery (perhaps in part because my wee camera looked very unthreatening!). This allowed me a view right across the competing party campaigns... a unique perspective that possibly no-one else had ever been in a position to experience before, let alone film.

People always ask me now how I talked them into allowing this... from memory I didn't really, they just honestly saw merit in the country understanding them better. It was incredibly trusting and righteous of them. I think, back in 1996, everyone on the New Zealand political landscape, whatever else they might disagree on, believed in the sanctity of the machinery of democracy itself, and wanted to contribute to the people of New Zealand understanding it and having confidence in its integrity. I wonder if that is now the most important lesson Campaign has for us in 2014.

The two years following the shoot were the hardest of my life. I had 55 hours of really great footage, still no budget, and no earthly way to get it edited. Cheap cameras had arrived, but not yet cheap edit suites... so lacking any computer skills, I had to learn how to literally engineer one, from what was then an extraordinarily bleeding edge technology. It took a while.

Then I needed an editor to drive this flakey beast. Thanks to very generous support getting started from (my uncle) Paul Sutorius, the lovely Heather Small and that omnipresent force of nature Annie Collins, I finally found the incredible Andy Mortimer, fresh off the plane from the UK, with a new certificate in Avid editing, but no job and no experience whatsoever.

Andy and I labored at my kitchen table for an entire year on the edit. Seems incredible now, but alongside editing the film, we both had to learn our respective roles in actually editing a film! Conditions were trying... the bleeding-edge edit computer would crash every hour or so, often destroying work, so many sequences had to be recut several times. The rented house had an incredible ant infestation, and they would literally rain down on us as we worked in a steady black drizzle, like a surrealist purgatory. Various people we asked to look at the film didn't get it and seemed to hate all our favorite bits. And (of course) neither of us were earning a living.

I think as a survival mechanism we both started laughing at things in the film, more and more, until it started feeling like one big human comedy to us. Gradually the whole edit moved more and more in this direction. It was a bit crazy. I was honestly, genuinely unsure if anyone else would ever laugh at the things we laughed at... we sat next to each other at the premiere, still honestly not sure. But, right from the cheeky faux-dreary starting titles, the laughter in the sold-out Paramount was joyful, rolling and infectious. Whew!

The film did sold-out film festival screenings, toured nationally, and went on to a very successful six-week commercial cinema release in Wellington. But despite all this it was never picked up by a New Zealand broadcaster. This became a media controversy at the time, with stories in The Listener and Radio NZ; sadly though, the same DV revolution that made shooting Campaign possible had by then given birth to that bastard child of observational documentary, "reality tv". Documentaries about serious subjects, even funny ones, were even more unfashionable. TVNZ proclaimed publicly that the film "might be of interest to a few political scientists... but we are broadcasters, not narrowcasters".

Sigh. Andy continued on to a stellar career in editing, now working in the UK on top-level international television and his own art projects. I have gone on to build a successful international production company focusing on democracy and human rights, and have made over 200 more films... but, like so many others, I have never since made a documentary for NZ television.

Happily the future is exciting. Although the issue of getting funded is no easier than it used to be, it has never been easier to make a film and make it accessible to people across the globe. It must be very hard for young filmmakers now to imagine the concept of having no way to physically get their films to a decently-large audience without the agreement of large and disinterested institutions. I am so glad that time is gone. The next challenge will be, how do we get New Zealand films in front of New Zealand audiences, when they have the tremendous bounties of YouTube and Netflix in their living rooms? 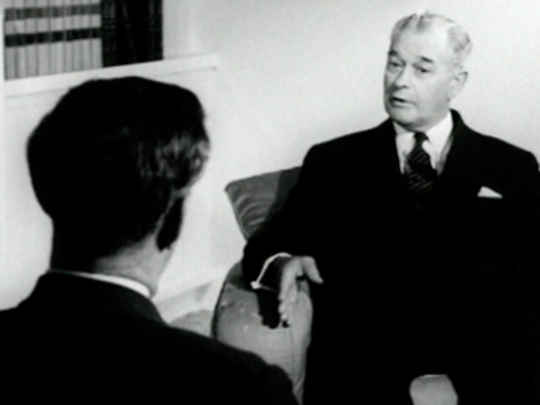 An infamous event in a later election campaign