In this episode of the larger-than-life kids' drama series, action moves to the punningly-named town of Kaupati where crime boss Ray Vegas and sidekicks Curly and Blue are expecting a weapons delivery (in well-labelled cardboard cartons). They’ve also abducted Terry Teo after he stumbled on their cunning plan. Meanwhile, Terry’s sister and brother are in pursuit, Thompson and Crouch are looking highly conspicuous in their quest for stealth, the bikies are discussing Hegel — and the Kaupati cop could be the dimmest bulb in the chandelier so far.

The idea was to give the quality of a video game ... to move the story in and out of reality as in a comic. All fighting, violence and explosions, for instance, are animated.
– Logan Brewer (Producer) 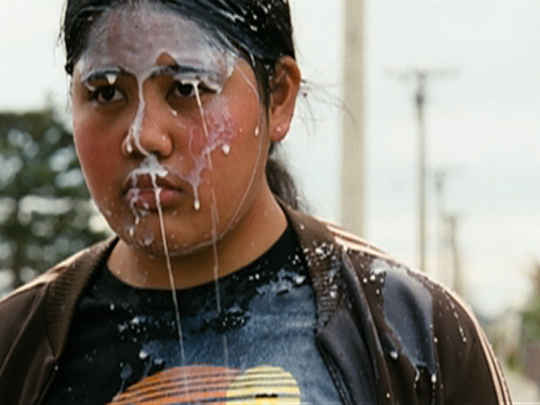 Short film about a brother and sister