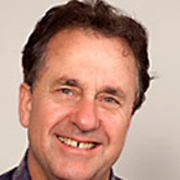 Hillary takes a Massey to the South Pole This short animated comedy offers up a pre-Wellywood...