Part one of three from the Highland Games episode of Series Three of the Topp Twins.

Part two of three from the Highland Games episode of Series Three of the Topp Twins.

Part three of three from the Highland Games episode of Series Three of the Topp Twins.

The credits from the Highland Games episode of Series Three of the Topp Twins.

Lesbian twin sisters who dress up as men, sing country music and yodel? On paper, the idea of the Topp Twins seems like a bad joke with fringe appeal, or at the very least, inconceivable. And yet, from humble beginnings in the coffee lounges of Christchurch, the Topps have become national treasures, beloved by theatre and television audiences alike.

Their journey towards iconic status began, improbably, in Huntly, where the twins were born in 1958. Jools and Lynda spent their childhood on a Waikato dairy farm, and that rural background goes a long way to explaining their taste for country music, and in Lynda's case, yodelling. As teenagers, the twins enlisted in the Territorial Army, and spent six weeks at the Burnham Military Camp just outside Christchurch. But the army wasn't their calling, and before long, they were busking and playing small gigs in cafes in Auckland, Christchurch and Dunedin.

Right from the beginning, their material contained political satire, but it was laced with such natural charm and cheerful effrontery that no one ever took offence. Likewise, the fact they were out-and-proud lesbians never seemed to bother their growing fan base. In the early 1980s, the Topps took their place at the forefront of struggles for anti-apartheid, Nuclear-Free NZ, Māori land rights and the Homosexual Law Reform, but by the end of the decade, the mainstream was calling.

The Topps' first foray into television was a filmed special of their sell-out stage show, which they'd toured to every corner of New Zealand. The special won a handful of NZ Film and Television awards in 1987, including Best Entertainment Programme, Best Original Music and Entertainers of the Year.

Throughout the early 1990s, they continued to appear in various one-off television specials (such as Camping Out with the Topp Twins in 1993) but it wasn't until 1996 that they created their own show.

The first series of The Topp Twins: Do Not Adjust Your Twinset ran for 12 episodes, and screened on TV3. The format was a unique mix of documentary, comedy and musical, with the Topps fictional characters taking part in real-life situations, such as horse races or a catwalk show (like more affable, less-exploitative predecessors to Borat).

Original songs form part of their repertoire, and these run the gamut from serious and pastiche country ballads to the distinctive Topp Twin yodel — sung at an alarming and virtuoso pace. Two of their releases, Grass Highway and Flowergirls & Cowgirls, have won Country Music Tuis for best album.

Much of their humour stems from gender confusion and sexual disorientation, as Lynda and Jools dress up as a variety of "straight" men and women. For example, Ken the bucolic farmer (played by Lynda) is in love with Camp Mother, "the lady in pink," also played by Lynda.

In September 2008, The Topp Twins were inducted into the NZ Music Hall of Fame, and the following year they were the subject of hit feature film, Untouchable Girls, directed by Leanne Pooley. In 2006, Jools Topp had been diagnosed with breast cancer, and her diagnosis and recovery spurred the making of the film, which combines the Topps' story, performance material and political developments in New Zealand.

Following the last Topp Twins TV show, which aired in 2000, it would be another seven years before either of them were seen on television in a regular series (Ken's Hunting and Fishing Show)— much to the bewilderment of their manager and series producer, Arani Cuthbert, and no doubt the wide Kiwi audience who have embraced the Topps' unique brand of ‘alternative country'.

But whatever their on-air status, the Topp Twins have earned their place in the hearts and minds of New Zealanders, and continue to win new fans with their popular and enduring stage shows.

- Journalist Bianca Zander has written two novels (The Girl Below and The Predictions) and scores of articles, including stories for The Listener and the Sunday Star-Times. She lectures in creative writing at Auckland University of Technology. National treasures The Topp Twins (aka twins Lynda and...

Hit documentary about The Topp Twins 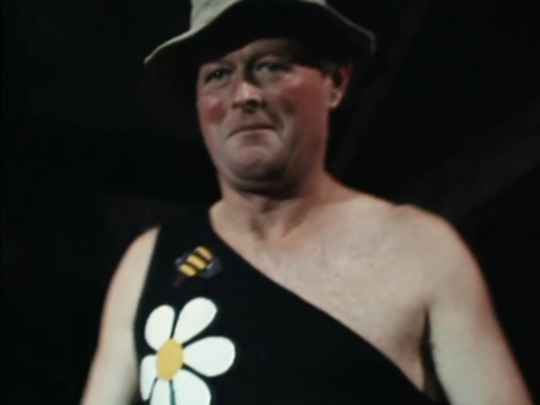 More humour with a rural bent

Documentary on the Scots in NZ