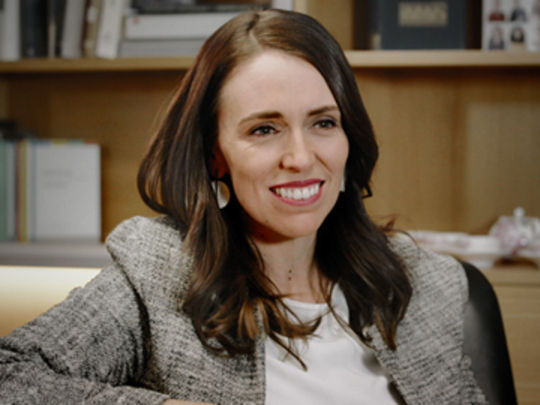 The Birth of NZ On Air

NZ On Air (then known as The Broadcasting Commission) came into being on July 1989, as part of one of the many restructures of broadcasting. It was a manifestation of the ideology of the time that advocated the separation of funding programmes  (funders) from organisations that were charged with spending the funds (providers). Each of these functions was to be separated from policy making. The funder/provider/policy split necessitated the break up of the Broadcasting Corporation of New Zealand (BCNZ) into its component parts of TVNZ, BCL (the transmission arm), Radio New Zealand and the NZ Symphony Orchestra.

This left two functions to be allocated: the policy function, which went to the Ministry of Commerce and the collection and allocation of the Broadcasting Fee (a small fee levied on every household in NZ that owned a television set) which was to be administered by a new entity, The Broadcasting Commission. In 1990 the Commission was rebranded as NZ On Air (although officially it still retains both titles).

The transmission, radio and orchestral functions were clearly identified. They were to be state owned enterprises (SOE’s) in common with many other organisations. Their purposes and commercial/non commercial mandates were clear. Radio NZ was to be bulk funded through NZ On Air, and the NZSO through the Ministry for Culture and Heritage.

Simultaneous with the break up of the BCNZ was the awarding of a third channel broadcasting licence to TV3.  Unlike radio, there was to be no public service television broadcaster. Rather than have a specific broadcaster charged with this function, a “specialist purchasing agency” was created. NZ On Air’s role was to purchase television programmes from producers for broadcast on either TVNZ’s two channels or TV3. The idea was that the funds gathered from the collection of the Broadcasting Fee would be allocated by the new agency to achieve public good broadcasting goals. These goals were further defined in the Broadcasting Act 1989, but the words “ public service broadcasting” did not appear in the Act or any of the surrounding documentation, except in relation to radio.

The idea behind the “specialised purchasing agency” model was that competitive tendering by providers would drive costs down and the quality of ideas up thereby enabling more and better public good programmes to be made. As far as I know there was only one other such agency in New Zealand, which was (and still is) Pharmac.

This left TVNZ a hybrid. Its mandate was to operate as a commercial entity but public expectation was that it would provide public service programming. To support this, government required that it be commercial free on Sunday mornings, creating a space in the schedule for programming of specific interest to Māori, Pasifika and people with disabilities. A further problem was that the funding for such programmes had now been shifted to the new agency. TVNZ found this combination of obligation without control of the funding to meet the obligation very frustrating.

Their frustration was compounded by the complexity the new agency created in the commercial environment. TV3 also had access to NZ On Air funds and were very hungry for the funds. They had no hybrid mandate to contend with. They wanted funding to support prime-time programming. TVNZ sought to manage this by strenuously but unsuccessfully advocating for a section of the TV funding to be bulk allocated to them, to enable them to meet their obligations. They further sought to ensure that the NZ On Air funded programmes were confined to offpeak slots in the schedule. Julian Mounter, the then CEO of TVNZ once famously said that the purpose of the NZ On Air funds was to fund “programmes about fox-hunting and the like on Sunday afternoons”.

The Broadcasting Act clearly mandated mainstream as well as special interest programming. NZ On Air was very ambitious for what New Zealand television programmes could achieve. Despite the fact that we knew that we didn’t have the funds to achieve a majority of NZ made programming, our vision was to fund NZ made programming that was prominent, important to audiences and popular. This was diametrically opposite to TVNZ’s vision and led to heated debate.

The debate culminated in NZ On Air’s decision to let a tender for a soap. We believed that a soap would make a huge cultural impact, that it would enable us to reach diverse audiences as well as young people, and that it would build capability and capacity in the industry. The strategy clearly worked. The 25th celebration of the success of Shortland Street documents the writers, directors and actors who have come through 'Shorty', and formed a base for our theatre, film and television drama industry.

- Ruth Harley was the first Executive Director of NZ On Air. She went on to lead the NZ Film Commission for a decade, before beginning five years as head of organisation Screen Australia. She is now Chairperson of the board of NZ On Air.