Martin Devlin: On playing the game...

Martin Devlin’s first screen appearance involved playing a policeman in a film shot in Taranaki - he can’t remember the name of it, but is fairly sure it wasn’t a box office hit. Following success as a radio broadcaster, Devlin made his first foray into television on a rugby panel for Sky TV, before hosting sports show House of Football. Since then Devlin has been a familiar face on NZ television, as part of mad-cap game show A Game of Two Halves, triumphantly beating Peter Urlich to finish second to last on Dancing with the Stars, and hosting Football World Cup and Rugby World Cup coverage for TV ONE. 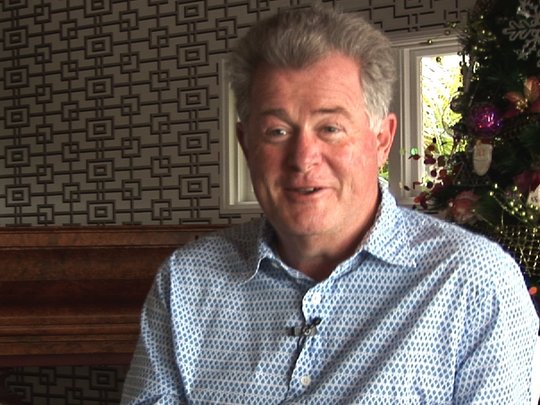 Broadcaster the late Phillip Leishman had one of the longest and most successful TV presenting careers in New Zealand. He began presenting sports news and events in the 1970s, and hosted major live events such as the Olympics and test rugby. Leishman also hosted long-running game show Wheel of Fortune, and the internationally-syndicated Golf Show. Actor Elizabeth McRae is best known as Marj the receptionist on Shortland Street. She began her TV career in the 70s on shows such as The Games Affair. Since then she has appeared in television dramas About Face, Terry and the Gunrunners, and Go Girls. Her film credits include Jubilee and Rest for the Wicked.