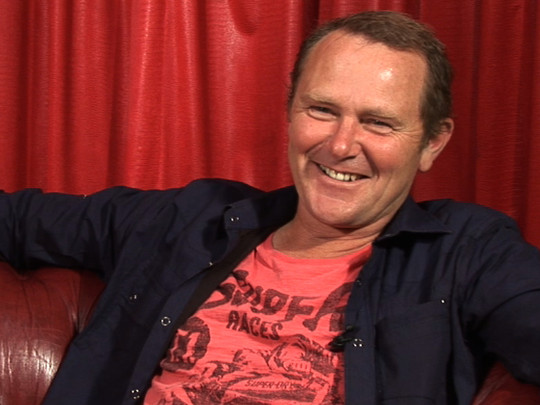 Stephen Lovatt: On indie movies, injuries, and playing cops with Campion and Kightley...

Stephen Lovatt’s acting career has taken him from ancient Rome to Ramsey Street. Aside from five years acting on Neighbours in Australia, he has played everything from reliable and unreliable dads to Hades, Lord of the Dead in shows like Go Girls, Being Eve, Marlin Bay, Shortland Street, and Xena: Warrior Princess. He has also appeared in a number of features — including acclaimed 2013 movie Fantail. Actor Cohen Holloway showed he could do a mean John Campbell impression on Pulp Comedy and Facelift. Peter Hayden has one of the best known faces and voices in New Zealand, having presented and voiced hundreds of nature documentaries on television. His many documentary series include the hugely successful Wild South and Latitude 45. Hayden is also a successful actor and has appeared in a range of dramas including: The Fire-Raiser, Footrot Flats and Beyond Reasonable Doubt.