This long-running reality series, made for TVNZ, follows the lives of dogs and their handlers: "fighting crime, saving lives", and helping protect New Zealand’s streets and borders. The very first episode sees the dog squad diffuse a street brawl in Manurewa, nab a runner from a crashed stolen car, and bust a visitor trying to smuggle contraband into Waikeria Prison in the Waikato. Plus avalanche rescue dogs are trained at Mt Hutt ski resort. This first Dog Squad series was produced by Cream Media (the company was taken over by Greenstone TV in 2010). Broadcaster Ian Johnstone was an intrepid explorer for TVNZ's 80s Beginner's Guide documentary series; the series embedded personal guides to lift the veil on everything from marae protocol to the Freemasons. This edition sees a crime (embezzlement of TVNZ money) pinned to 47-year-old Johnstone by the CIB and so begins his (fictional) experience of judicial process and imprisonment. A humbled Johnstone aims to convey what life behind bars is like, and bust some myths en route, from "they only serve half their time don’t they?" to "it's like a four star hotel". This popular reality series follows the lives of dogs and their handlers, who work for the Departments of Conservation and Corrections, plus the Police, Civil Aviation and Search and Rescue. The canine squads help protect Kiwi streets, prisons, borders and mountains. Made for TVNZ by Cream Media and then Greenstone TV, nine series had been made up until 2018. Dog Squad also screens in Australia on Channel 7 (under the title Dog Patrol). Dominion Post writer Jane Clifton praised the show's “doggy-adorableness factor” and the “sheer novelty of the situations encountered.” 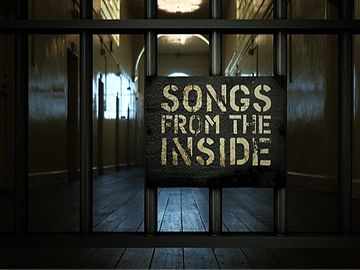 Clinical psychologist Nigel Latta first made his mark on Kiwi television in 2008 with Beyond the Darklands, based on his book Into the Darklands, about New Zealand criminals and how they came to be. Latta hosted the show for five seasons, alongside three lighthearted, politically incorrect series about teenagers and other humans. 2014 saw the launch of wide-ranging issues show Nigel Latta.