In 2003 a trio of Otago University students hosted a private outdoor music gig at Waiohika Estate, just outside Gisborne. Today the Rhythm and Vines festival is a hot ticket internationally, a three day event full of tents, beers and cheers. 20/20 goes behind the scenes in the dying days of 2010, as Rhythm and Vines attracts a record-breaking crowd of 25,000 people. Festival founders Hamish Pinkham, Andrew Witters and Tom Gibson have to solve last minute hiccups to pull off the party. Shihad front man Jon Toogood describes it as "the Big Day Out in a forest". 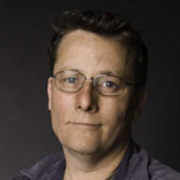 Greg Broadmore is creator of colonial-styled, raygun-toting planetary explorer Dr Grordbort. Grordbort paraphernalia is sought after by fans around the globe. Broadmore went on to spend more than five years working on pioneering game Dr. Grordbort's Invaders, which uses Augmented Reality technology to combine animation with the real world. The dinosaur-mad artist illustrated over 30 children's books before sending his folio to Weta Workshop. Since then he has been part of the design team on King Kong, and oversaw the Weta team designing technology and weaponry for 2009 hit District 9.

Philippa Boyens (incredibly) began her screenwriting career with The Lord of the Rings trilogy. Before then the long-time Tolkien fan had worked mainly in theatre. Return of the King won Boyens an Oscar, a BAFTA, and many other awards. She next worked with Jackson and Walsh on King Kong, and an adaptation of novel The Lovely Bones. Boyens returned to Middle-earth for The Hobbit. South African-born but New Zealand based from 2006, Nathalie Boltt first won fame with a four year run on South African soap Isidingo. She followed it with a number of movie roles, including the South African-set sci fi hit District 9. AFTA-nominated as wife to a murderer in Kiwi telemovie Bloodlines, she went on to co-star in telefilm Nights in the Garden of Spain. In 2016 Boltt won an ongoing part on international hit Riverdale, as evil mother Penelope Blossom. Also a director and scriptwriter, Boltt co-directed award-winning short The Silk, which won awards at a trio of United States film festivals.

Peter Jackson has gone from being a shy, unknown fanboy making pastiche versions of his favourite fantasy movies, to a renowned master of his craft; from Pukerua Bay to Wellywood: today he has few peers in the realm of large scale filmmaking.

Audio engineer Michal Hedges has won Academy Awards for his work on Peter Jackson blockbusters King Kong and The Return of the King. After starting in state television, Hedges went on to establish a reputation for his skills as a re-recording mixer, combining the many elements that make up a soundtrack. Aside from multiple movies featuring hobbits, he has also worked on Hunt for the Wilderpeople, What We Do in the Shadows, District 9, and Peter Jackson’s earlier films Heavenly Creatures and Braindead. His extensive CV also includes Kiwi classics Once Were Warriors, Boy and The World's Fastest Indian.