Neil Roberts feels a need for German-engineered speed in this 1984 report from magazine show Weekend. New Zealand was emerging from the dour Muldoon years, and the imported Porsche car was a paragon of conspicuous consumption and yuppie status symbol. Roberts (future founder of production company Communicado) goes for a pre-Crash spin in a Porsche from dealership Giltrap Prestige, then joins Auckland menswear entrepreneur Ray Barker, who takes Neil home to check out his Carrera. Gordon McLauchlan presents; ZZ Top track ‘Legs’ provides the soundtrack. 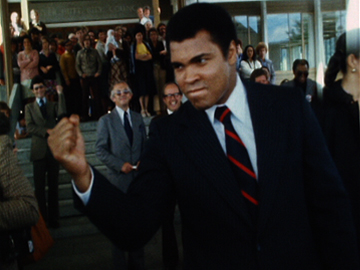 When high-powered director of commercials Hugh Chance (Michael Hurst) visits a small backwater town, the 'for sale' sign on the local tavern offers too good a chance to overlook — especially with the chance to create a set of waterfront condos. But the locals don’t take too kindly to this intruder trying to turn their town into a holiday resort. Starring alongside Hurst in this 47 minute teleplay are Michael Galvin and Stephen Lovatt (Being Eve) as two fellow admen, while Meryl Main (Plain Tastes) features as local artist and cafe owner Jess, who earns both Chance’s ire and affections. This episode of current affairs show Close Up offers a fascinating portrait of the early days of New Zealand's foreign exchange market. Reporter Ted Sheehan heads into "the pit" (trading room), and chronicles the working life of a senior forex dealer, 25-year-old accountancy graduate John Key. The "smiling assassin" (and future Prime Minister) is a calm and earnest presence amongst the young cowboys playing for fortunes and Porsches, months before the 1987 sharemarket crash. As Sheehan says, "they're like addicts who eat, breathe and sleep foreign exchange dealing". By the mid 90s, popular TVNZ weatherman Jim Hickey had begun presenting things other than fronts and precipitation (e.g. Country Calendar, Shaky Beginnings). In 2000 he got his own series. This first episode of his TV One motoring show sees Marie Azcona report on the controversy surrounding the Model T Ford winning Car of the Century; Mark Leishman gives the lowdown on buying a car at an auction; guest Jim Mora vacuums his Audi; and host Hickey test drives the new Volkswagen with music journo and “old Beetle fan” Dylan Taite.

Marshall Smith was nominated for a Silver Scroll songwriting award in 2004, while he was part of band The New Freedom. Around the same time, he and musician Tom Fox set up Auckland music and sound company The Sound Room, and began composing soundtracks for clients in Aotearoa and overseas. Their work includes documentaries (Hip Hop-eration, NHNZ's Big Pacific), short films, and many commercials (including ads for Coca Cola and Porsche). Smith also co-founded the Screen Composers Guild of New Zealand, presented Lotto draws for three years, and has recorded under the name Marshmellow. Journalist and prolific author Gordon McLauchlan, ONZM, edited The New Zealand Encyclopedia for a decade. His 1976 bestseller The Passionless People dissected the Kiwi psyche. In the 1980s McLauchlan presented Sunday morning magazine show Weekend for six years — aside from a tour of the United States, hosting series American Pie. In 1987 he won a GOFTA Award as Best Presenter. He repartnered with Weekend's Kerry Smith for weekday show 5.30 Live. McLauchlan was also a television critic, and set questions for the first two seasons of Sale of the Century. He died on 26 January 2020, at the age of 89.