Mai Time was an influential magazine show for Māori youth, exploring te ao Māori and pop culture (it was one of the first shows to show local hip-hop), with presenters speaking in te reo and English. Running for 12 years, it began as a slot on Marae, then screened on Saturday mornings on TV2. Mai Time was a breeding ground for Māori television talent: launching the careers of Stacey Morrison (nee Daniels), Quinton Hita, Teremoana Rapley and others. It was the brainchild of Tainui Stephens, and was produced by Greg Mayor, then from 2004 by Anahera Higgins. Backch@t was a magazine-style arts and culture show that appealed, from the opening acid-jazz theme tune, to a literate late-90s arts audience. Fronted by media personality Bill Ralston, the show included reporters Mark Crysell and Jodi Ihaka, and Chris Knox appears as the weekly film reviewer. In keeping with Ralston’s journalistic background, Backch@t took a ‘news’ approach to the arts, debating topics in the studio and interviewing the personalities, as well as covering the sector stories. This hit Māori Television mockumentary series follows a couple of metro Māori men on a mission to claim a large inheritance…by finding a Māori bride. But in order to do so, the two 'plastic Māori' – property developer Tama Bradley (Boy's Cohen Holloway) and accountant George Alpert (singer/actor Matariki Whatarau) – must get in touch with their culture. In this first episode their unreadiness for the challenge is clear. NZ Herald's Alex Casey praised the show as a "hotbed for humour". Māori Bride was produced by the company behind webseries Auckland Daze and movie Waru. 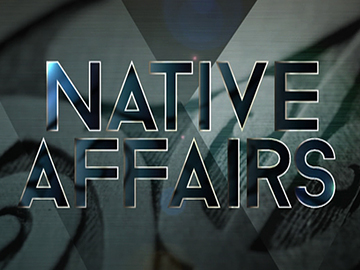 The first Matariki awards recognise Māori achievers across everything from sport, to academia, to business. The audience pay special tribute to Scotty Morrison, the IronMāori team, and All Black Nehe Milner-Skudder. Nominated for the Waipuna-ā-Rangi Award for excellence in art and entertainment are Stan Walker, Cliff Curtis and artist Lisa Reihana; one of the trio will later score the night's supreme award. Musical guests Ria Hall and The Modern Māori Quartet combine to enliven 'Ten Guitars'. The awards were presented on behalf of Te Puni Kōkiri and Māori Television. Takatāpui was the world's first indigenous gay, lesbian and transgender series. Produced by Front of the Box Productions and screening on Māori Television for six series, the show was magazine-styled with a Māori queer focus (it was replaced by the Wero series). It was light entertainment but not afraid to delve into some hard-hitting issues affecting the takatāpui communities all over New Zealand. Presenters included transgender singer Ramon Te Wake, Taurewa Biddle (with his distinctive moko) and Tania Simon. Radio Wha Waho was a pioneering bilingual sitcom about a down on its luck rural iwi radio station. The talkback in this Māori-style WKRP in Cincinnati is in te reo and english; the on-air crew include a DJ with delusions of being a ladykiller (a pre-Mrs Semisi Hori Ahipene); a young fireball seeking fame in the city (Greg Mayor); and Aunty Doss (Kath Akuhata-Brown), the heart and soul of the operation. In this first episode, directed by veteran Marae producer Derek Wooster, the station faces permanent silence after a DJ's late night talk causes offence. In this Māori Television series, young people aged from nine to 26 are armed with iPhones and given professional storytelling workshops, so that they can tell their own stories. The slices of life as a young Māori in the early 21st Century include sport, travel, fitness routines, pancake cooking, diet and fashion tips, kapa haka, and swimming with whales. Four series have been produced by Raukatauri Productions to date. Some of those who contributed to early episodes have stayed in screen work —including all-rounder Ngawaero Maniapoto, and actor Te Kaha Jonathan.