Brian Brake is regarded as New Zealand's most successful international photographer. But before heading overseas to work for photo agency Magnum and snapping iconic shots of Picasso and the Monsoon series for Life magazine, he was also an accomplished composer of moving images. He shot or directed many classic films for the NFU, including NZ's first Oscar-nominated film.

Icon in B Minor: a musical odyssey is the tale of two creative souls from different centuries with the same belief in spiritual transformation through their art. World-renowned New Zealand concert pianist Michael Houstoun is filmed on his pilgrimage to Germany, where composer Franz Liszt spent his last years. Houstoun is preparing for his performance of Liszt's monumental work, Sonata in B Minor. Produced and directed by Tainui Stephens, Icon in B Minor screened as part of the Work of Art series.

In this 1971 film pianist Barry Margan ‘humps’ his grand piano around NZ, on a mission to bring classical piano to places where it might not typically be heard. Aiming to break down barriers to enjoying live chamber music, Margan plays his pop-up piano (including Douglas Lilburn’s ‘Sonatina’) at coffee bars, libraries and art galleries. The trailer-borne grand is not easy to set up, but the audiences (from soldiers to children) are willing. Narrated by Margan, this was the last film in the National Film Unit's three decade-spanning Pictorial Parade magazine series. "Jazz is an attitude ... how you look at yourself, how you look at the world." So argues the subject of this rich and moody Work of Art documentary: jazz pianist Mike Nock. The Ngaruawahia-raised muso first went on the road in his teens, and by 18 had left New Zealand for a long career in Sydney, London and New York City. Director Geoffrey Cawthorn and his film crew travel with Nock in small-town New Zealand and big city NY, capturing memories of childhood, touring and inspiration. Also included: some beautifully-lit performances by Nock and his cohorts. 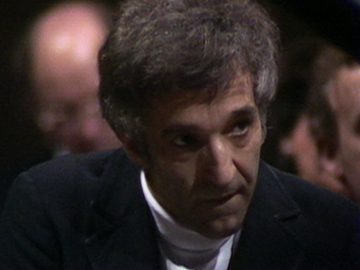 In 1982 renowned Russian pianist Vladimir Ashkenazy toured New Zealand. With the combined support of TVNZ, Radio New Zealand and the NZ Symphony Orchestra, a one-off televised concert was arranged. Ashkenazy plays two pieces backed by the NZSO at the Auckland Town Hall, after an interview by Ian Fraser, in which the pianist praises the NZSO's ability to handle a piece he describes as "almost unplayable in parts". In the second clip, he plays Béla Bartók’s Second Concerto, and in the third clip — which appears never to have gone to air — César Franck’s Symphonic Variations.

Palmerston North-born Grayson Gilmour is a classically trained pianist who released his first solo recording at age 16. After moving to Wellington he became a founding member of electro indie-rockers So So Modern. While touring the world with them he has continued to release solo material that is less abrasive and veers more towards pop classicism with its multi-tracked harmonies and swirling arrangements. In 2010 he became the first new artist on the relaunched Flying Nun label with the release of his fifth solo album No Constellation.

Coup D'Etat was launched by two members of theatre troupe Red Mole (Jan Preston and Neil Hannan), who were soon joined by guitarist Harry Lyon (on a break from Hello Sailor). They are best remembered for Preston's single 'No Music on my Radio' and Lyon's hit 'Doctor I Like Your Medicine' (a NZ Music Awards Single of the Year). After one album they disbanded in 1982. Preston composed soundtracks and reinvented herself as a boogie-woogie pianist; Lyon returned to Hello Sailor; Hannan founded label SDL Music.