In this acclaimed Kiwi-Aussie co-production Sam Neill confronted what ‘Anzac’ means, a century after NZ and Australian troops landed at Gallipoli as part of an invasion by British-led forces to capture the Turkish territory. Through the lens of his whānau’s war stories (including a visit to his grandfather's grave) Neill uncovered forgotten truths about the catastrophic campaign, and examined ways the Anzac myth has been manipulated. "I hate militarism, loathe nationalism but honour those who served.” The full documentary screened on Māori Television on Anzac Day 2015.

When we are being pushed into conflicts where it may not be wise to enter, invoking the spirit of Anzac you have to exercise a healthy size of scepticism when you hear the word.
– Sam Neill, on the manipulation of the Anzac myth, in a 19 April 2015 Dominion Post article 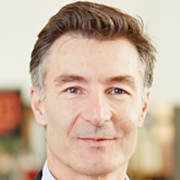 Award-winning doco on NZ and Gallipoli

Gallipoli from the Turkish perspective

Features NZ in World War I The New Zealand Government's decision to proceed with... An Ottoman subject in Kiwi uniform A Kiwi prisoner of war in WWI