In this cult surf film — this excerpt is the first seven minutes — Andrew McAlpine gets in the Chevy, chucks the longboard on the roof and follows a group of pioneering riders on a mission around New Zealand and Australian coastlines, from Piha to Noosa. Filmed from 1965 - 1967, the Kiwi Endless Summer evoked a laid-back era where the ride was the prize. The classic surfing scenes — some filmed from an onboard camera housed in a DIY perspex case — are scored to surf rock and interspersed with sunburnt, bikini-clad relics of 60s beach culture.

Original music from The Music Convention 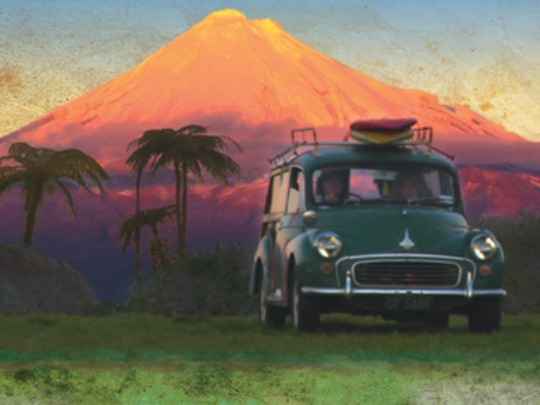 More communion with the sea The All Black prop talks about surfing here Another Andrew McAlpine designed this film