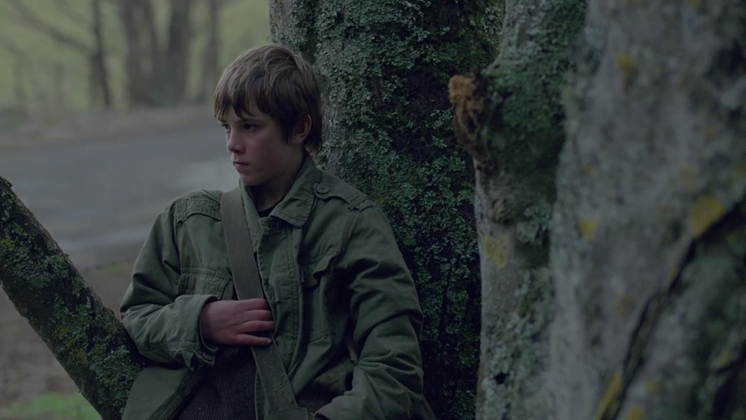 In this 2013 short, a possum-trapping nature boy is challenged when a woman moves into a house on the edge of the bush, looking for a fresh start. Cinematographer Ginny Loane captures the wintry central plateau landscape where the fable of life and death plays out. Director Leo Woodhead co-wrote the script with Paul Stanley Ward; the result followed Woodhead’s short Cargo (2007) to the Venice Film Festival, and won the Jury Prize at the 2014 Hong Kong Film Festival. Director Andrew Adamson (Shrek) called it “a well structured, beautifully shot narrative.”

A well structured, beautifully shot narrative… It leaves the audience contemplating life, death and pain – and how confusing such things can be for a child dealing with death every day.
– Director Andrew Adamson (Shrek), announcing the film's selection for the ‘New Zealand’s Best’ section of the 2014 NZ International Film Festival Song 'Theory of Machines' composed and performed by Ben Frost. More isolation in the backcountry Another NZ short with dead animals

A more comedic take on hunting

Another coming of age short

A lighter exploration of the NZ bush Another drama about a child shot by Ginny Loane