Popular consumer affairs show Fair Go is one of New Zealand TV's longest-running series. In this episode long-standing host Kevin Milne heads to the Hutt to confront a dodgy landscaper who has left a run of unfinished concrete work in his wake. Heneli Saafi (aka Heneli Finau) an elusive malarky merchant who specialises in grab-the-money-and-run half jobs, was first visited by Fair Go in 1990 in Auckland. Despite on-camera promises to pay back deposits he doesn't deliver. Promos for the episode attracted nationwide responses from dissatisfied customers. 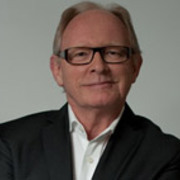 A series that looks at Kiwi values through 20th Century...