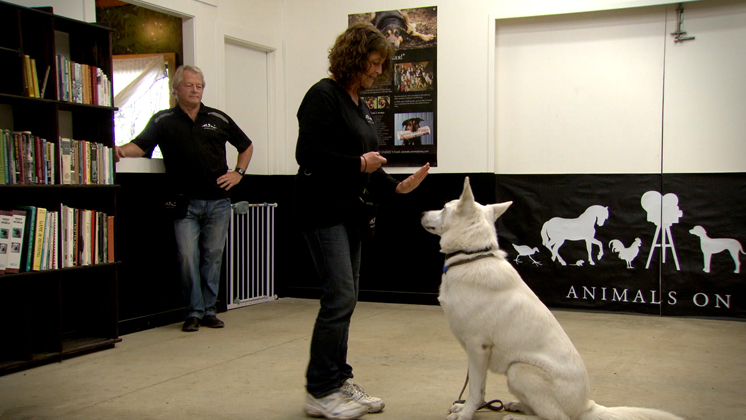 Reality series Purina Pound Pups to Dog Stars is presented by animal behaviourist Mark Vette, who works with his team of trainers to transform "death row canines" and problem pets into socialised members of the family. In this episode the focus is on Kaiser, a young German Shepherd who has been neglected by several owners. It's up to trainer Rosie Miles to socialise the stressed Kaiser and iron out his aggressive habits. Paris the French Bulldog is put through her paces before she's due on the set of an advert, and Vette helps an older couple pacify their scratchy 'show cat'. But it's Kaiser who proves the star pupil.

We've gone global big time and so we have an influence all over the world on this one. That's cool, we're getting emails and calls from South Africa, from Norway, you name it, all over the world. I'm glad to see people taking it to heart and changing their approach and going away from puppy mills and getting them from rescue organisations.
– Mark Vette on the global popularity of TV series Purina Pound Pups To Dog Stars , TV Guide, 24 July 2015 Over two seasons zoologist and animal...

Another doggy TV star that the same trainers worked with Short documentary about another working dog