from the single Ragga Girl (1992)
Add to watchlist
Share

Upper Hutt Posse were the first group to release a hip hop record in Aotearoa, with their politically charged breakthrough 1988 single 'E Tū'. On this 1992 track they make something of a return to their reggae roots. By now the group had expanded from the original four-piece. Longtime member Matthew Hapeta (aka MC Wiya) takes lead vocals, with help from Teremoana Rapley, who was soon to depart for Moana and the Moahunters. 'Ragga Girl' later appeared on the soundtrack of Once Were Warriors, with Posse members Matt and Dean Hapeta making cameo appearances in the film. 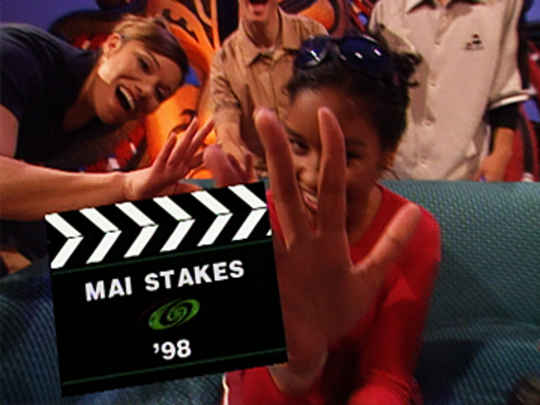 Teremoana Rapley as a TV presenter