This short explores subtle tensions in a relationship between an artist and his model. To the young beauty who has arrived to model nude, the aging painter (played by the director Jonathan Brough’s father) initially appears decent and respectful. But when she demands to see the painting before he is ready, and he refuses, his intentions are questioned. Based on a short story by American Bernard Malamud, this understated two-hander was invited to play at Cannes, in a special 1994 season of Kiwi shorts. It was Hawera-raised Brough’s second (self-funded) short.

I have every right to see it.
– The Model (Susannah Devereux) - talking about the painting 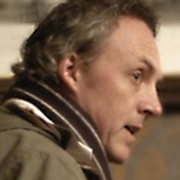 Another short by Jonathan Brough Another angle on modelling Documentary about a painter A telefeature about an artist and a model A documentary on life modelling

The Model at the Cannes Film Festival Another story involving a model