'Touchdown' was drawn from the second (and final) Stereo Bus album Brand New (1999). The stylishly minimalist video, directed by Alex Sutherland and Michael Lonsdale, appears to be a continuous shot, circling around band members and objects in a white studio set. Biffed chairs and bottles, and singer David Yetton, get up close to the lens while guitarist Jason Fa'afoi (who was co-hosting What Now? at the time) also makes multiple appearances. The slow pan matches the tempo of the band’s textured guitar pop; the promo won Best Music Video at the 2001 NZ Music Awards. The Stereo Bus began and ended with ex Jean-Paul... 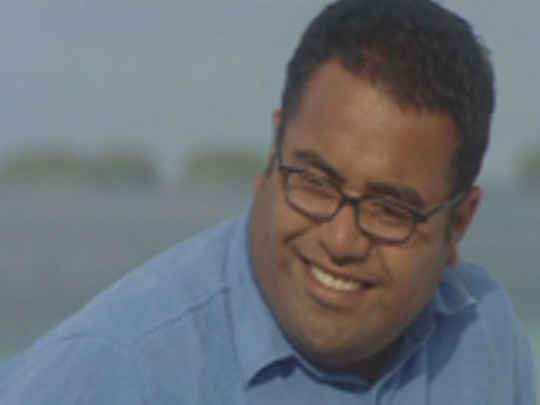 Includes Jason Fa'afoi as a presenter

Classic song for the JPS Experience