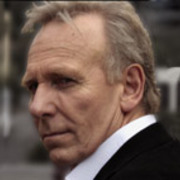 The timing of Bryan Bruce’s award-winning documentary New Zealand: Inside Child Poverty caused a furore. Screening on TV3 just days before the 2011 general election, it was quoted at length by opposition parties, and one of its central evaluations — that 150 New Zealand children who had died in the previous year would had lived if they’d been born in Sweden, Japan or the Czech Republic — won headlines, and even a complaint to the Electoral Commission (which was rejected — they argued the film "provided a prime example of democracy at work"). Bruce is a documentary maker who isn’t afraid of sticking his head above the parapet.

Since the late 1980s he has directed (and often presented) a diverse range of television programmes, explored the lives of successful New Zealanders, dug into the stories around none other than Jesus Christ, and most consistently, revisited some of New Zealand’s most notorious crimes, highlighting what he sees as legal and institutional failings. As journalist James Belfield put it, "Bruce has a journalist's inquisitiveness set on a framework built from training as a social scientist – studies in psychology, sociology and a degree in philosophy."

Bruce was born in the slums of Edinburgh in 1948. In 1956 his family emigrated to New Zealand. Musical skills led to his television break. While studying for his MA at Canterbury University, Bruce worked as a teacher and did five years moonlighting as a pianist in a bar — where a chance meeting with Dunedin producer Ross Johnstone saw him being asked to audition to present TV series The Late Late Show.

“Ross said The Late Late Show was an arts show and that I’d be talking to dead people. I said ‘right’. Sure enough, in walked a guy dressed as Chopin. I thought ‘this is the most ridiculous thing” and I didn’t know what to say to him, so I said “look I get confused, was it you or Beethoven who died of syphilis?” The guy was upset, he took his music seriously, but I saw the cameraman’s arm going up and down and laughter in the cans … I got the part”.

Bruce began writing scripts for The Late Late Show, and his career in television was born. After sending away an outline for a proposed show to Wellington, he got a call from legendary presenter Ian Johnstone. Two successful seasons of We’re Only Human followed on TV2. The pop psychology programme’s success caused consternation at TVNZ, who were then coming to grips with the new science of demographics. Bruce’s show was pulling older viewers over from TV1 to TV2, dragging the hallowed advertiser dollar with them.

“That’s when I realised … your programme is all about the holes in the programme, not the programme itself — it’s what audience you can bring to it and how you keep the audience in the commercial breaks.”

The economic realities of the mid to late 80s saw the end of TVNZ’s documentary department. But Bruce’s antennae for social issues of interest, as well as possible funding streams, began heating up; soon he’d partnered with the Department of Health to write and present Safer Sex, an educational documentary dealing with sex in New Zealand in the age of AIDS.

Bruce’s decision to follow Kiwi yachtsman Peter Blake as he competed in the 1989 Whitbread Round the World race could have ended in financial disaster, as initially the documentary attracted little interest. Then on the last leg of the race, Blake’s rival Grant Dalton’s sail went down. As Bruce watched Blake sail into history, his ‘brick-like’ cellphone suddenly ran hot.

“By the time he’d landed the phone had rung 32 times, and I’d sold it in Germany and Britain and France … then TVNZ rang up saying they were interested but wanted the world-wide rights. I said ‘you can have what remains, you can have Namibia if you want.” They bought it, too”.

Bruce has become synonymous with re-visiting New Zealand crimes and highlighting issues of justice. After directing Stand By Your Man, which followed the lives of three New Zealanders married to men who’d committed major crimes, Bruce wanted to go deeper into the case of convicted murderer David Tamihere, whose conviction held worrying details for Bruce. Murder they Said earned him his second Best Director gong, at the 1997 TV Guide Television Awards.

The same year Bruce turned his attention to the psychology behind mass killings. The 1996 massacre at a school in Dunblane, Scotland provided the starting point for his documentary In Cold Blood, in which he examined the men behind the mass shootings in Dunblane, Aramoana, and Port Arthur, Tasmania — and found points of ‘commonality’ shared by all three convicted murderers. Bruce worked with former policeman Bill O’Brien, the author of Aramoana: 22 Hours of Terror, and later offered him research material around his central findings that was used in O’Brien’s book Agents of Mayhem.

Bruce then took on the most notorious New Zealand murder case of recent years. A Question of Justice (2005) re-examined the 1994 Bain murders, and saw Bruce battling the Crown to gain access to primary court documents and exhibits. Bruce had to hire a lawyer and go to the Court of Appeal to do so. Such fights would become familiar to Bruce.

His successful series The Investigator made its debut in 2007, featuring a format that differed from more standard ‘crime’-centred programmes. In each episode Bruce reexamined a different New Zealand crime; using the evidence and a fresh perspective, he concluded with his opinion on the verdict. Bruce describes the biggest challenge in making the series:

“They’re all legal. I choose the cases not because they are particularly gory or sensational, but because there is some larger legal issue that affects all of us. First of all you need access to the documents. If I don’t get the court record, or the exhibits, I don’t make it. You have to get your hands on the evidence.”

The Investigator proved extremely successful, and not just in terms of ratings. The second series in 2009 opened up a line of online communication with its audience in the form of a confidential drop-box for any leads or information pertaining to the cases featured. Bruce was amazed at how much information came forward. The series won a Qantas award for his directing, and sold to a number of channels overseas.

In his career Bruce has written, produced or directed thirty plus documentaries and docudramas, on subjects ranging from mental health (State of Mind and Just A Little Mad to revisiting important moments in New Zealand’s social history (The Bridge about the Auckland Harbour Bridge, and 1981- The Tour 10 Years On). He has also made it a mission to document the lives of a number of famous New Zealanders, including Sir Howard Morrison, Dame Whina Cooper and filmmaker John O'Shea.

Bruce has won many national and international awards for his work. After reinvestigating “who killed Jesus and why” for 90 minute documentary Jesus: The Cold Case won the 2011 Aotearoa Television Award for Best Popular Documentary, plus two awards in its category at the New York Festivals.

Another award-winner — both in NZ, and NYC — was The Lost Dinosaurs of New Zealand (2002) which celebrates late archaeologist Joan Wiffen, and investigates what her local fossil discoveries add to the question of why the dinosaurs disappeared.

Bruce enlarged on the themes of his award-nominated 2011 documentary Inside Child Poverty with 2014’s Mind The Gap, followed in 2016 by the globetrotting World Class? Inside New Zealand Education. Mind the Gap investigated New Zealand’s neo-liberal economic reforms of the late 80s, and the growing gap between rich and poor. All three films showcased Bruce’s unabashed interest in issues of social justice, as well his desire to pursue difficult questions. Although some were greeted with fierce reactions in the media, Bruce is just happy they got people debating the issues.

"Buried" in a midnight time slot, his five-part series Passion in Paradise explored the relationship between sex and social change in New Zealand. Bruce hit upon the idea of retooling his original idea into a drama which incorporated documentary aspects — as a group of university students studying Aotearoa’s sexual history find parallels in their own lives and relationships. Writing for The NZ Herald, Nick Grant described the result as eccentric, entertaining and interesting; and Grant was not alone.