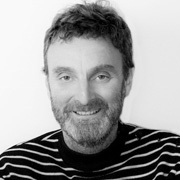 After starting his TV career in his native New Zealand, David Ambler found himself in London, taking on global hit MasterChef. Ambler first honed his talents on 1990s series First Hand, then directed a run of documentaries and non-fiction shows, including Epitaph and My House, My Castle. Eventually relocating to England, he directed and produced a range of non-fiction titles, then became Head of Programmes at production company Shine TV. In 2010 he shared a BAFTA Award for MasterChef - The Professionals. In 2016 the MasterChef veteran took on the job of overseeing Britain's stable of MasterChef shows.

...as well as plenty of laughs and the odd disaster, there’s also some really ambitious and tasty food. It’s one of the most tightly fought and exciting competitions we’ve ever filmed. David Ambler on the 2018 season of Celebrity MasterChef, Endemol Shine UK website, 16 May 2018