Heather Bolton impressed critics with one of her earliest screen performances: as the heroine battling a haunted car in Gaylene Preston's 1985 debut feature Mr Wrong. Bolton won a GOFTA award for her pains, then scored more awards for smaller roles in romance Arriving Tuesday and goldmining classic Illustrious Energy. After starring as the legendary radio host in touring stage show Aunt Daisy! The Musical (1991), she relocated to Australia. Since then Bolton has taken on more screen roles — including co-starring in a 2007 movie adaptation of Hamlet — while creating and acting in plays for Melbourne's Ranters Theatre.

On screen for virtually every scene, Heather Bolton invests the part with a vitality and gutsiness that is the perfect alternative to the whimpering, wilting violet to whom Hitchcock and his disciples have subjected us for so long. Sure she's scared, but passive she ain't. Helen Martin, in a Listener review of Mr Wrong, 19 October 1985, page 40 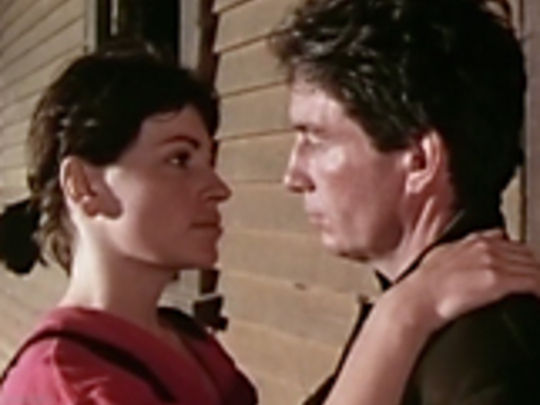