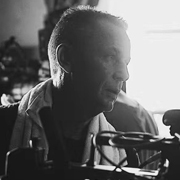 2017 New Zealand Cinematographers Society Awards
Gold Award for Dramatised Documentaries: for The Making of the Mob