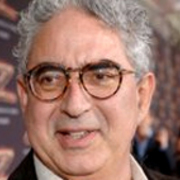 Producer Lloyd Phillips won an Academy Award in 1981, for short film The Dollar Bottom. South African-born Phillips was raised in New Zealand, where his first feature, Battletruck, was shot. He went on to establish a globetrotting Hollywood career, working on The Legend of Zorro, 12 Monkeys, Inglourious Basterds and Vertical Limit (also shot in New Zealand). Phillips died of a heart attack on 25 January 2013.

Lloyd was a true original, loved by anyone who knew him well. He had a kind heart and a wonderful sense of adventure ... he was so full of life that it is impossible to believe he is gone. Angelina Jolie in Variety, 27 January 2013