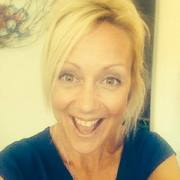 Marama Jackson was just a teen when she snared her first starring role in TV series Riding High. Over 65 episodes she played showjumper Wendy, whose parents run a riding school and horse stud. Following bit roles playing warriors and mermaids on Hercules: The Legendary Journeys and Xena: Warrior Princess, Jackson returned to horse riding and the "adrenalin buzz" of fight scenes for Dark Knight — another fantasy series shot in New Zealand. After guest roles on The Strip and Revelations, she left acting behind. As of 2020 she was part of the support team for postgraduate medical courses, at Otago University in Wellington.

It's like being a kid again. You come home and your flatmates ask what you've done that day at work, and you say 'oh, a bit of swordfighting, some horseriding, played in the castle, fell out of the sky...' Marama Jackson on acting in 2000 TV series Dark Knight, in the show's press kit