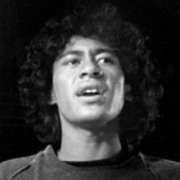 Nicholas Rogers debuted in the title role of acclaimed 1985 feature Kingpin: Rogers played Karl, the teen bully fighting to stay top dog at a boys' home. The following year Rogers took on a very different role: in Mark II he was Eddie, "the conscience" (NZ Herald 's Barry Shaw) of a trio of teenagers on a road-trip. Reviewers from the Listener, the Auckland Star and the Herald all praised his performance.

... the intense scene between Nicholas Rogers and Jim Moriarty toward the end of the film has the raw emotional power I’ve not seen in a New Zealand film since Smash Palace. Douglas Jenkin, in a November 1986 Listener review of Mark II