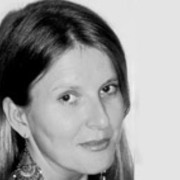 Kiwi-born filmmaker Sharron Ward spent more than two decades working out of London. En route Ward has directed and produced for TV3, the BBC, and Channel 4. Working primarily as a documentary filmmaker with her company Katalyst Productions, she produced and co-wrote multii award-winning doco Addicted in Afghanistan. Her Kiwi resume includes directing videos for The Nixons, and teaming with producer Leanne Saunders for an AIDS day public service announcement that won an NZ AIDS Foundation Media Award.

We believe in making films that matter, and we’re committed to making unique well-authored films about the human spirit, inspiring individuals and people who make a difference in today’s world. Katalyst Productions website