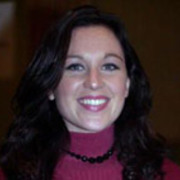 Willa O'Neill began appearing in musicals around at the age of eight. She still vividly remembers the day she came home from school, turned on the television, and suddenly realised there were people who worked in television for a job. O'Neill decided to be an entertainer.

At high school she began working in community theatres. She got together with friends to make a number of short films on video, as well as a Western that ran for 70 minutes.  After leaving school and finding a new agent, she got parts in Shortland Street, the acclaimed An Angel at my Table, and the sitcom version of The Billy T James Show.

In 1992 O'Neill was nominated for a best supporting actress award from the Australian Film Institute, for her role in trans-Tasman production Secrets (1992). O'Neill plays a young hairdresser in a horrendous hair-do, who gets trapped in a hotel basement with other Beatles fans when the fab four hit town. Written by Australian Jan Sardi -  later Oscar-nominated for Shine - the movie saw her acting alongside Noah Taylor and Danii Minogue. Though set in Melbourne, Secrets was largely shot at Lower Hutt's Avalon studios.

In 1995 O'Neill won a best actress award for her role as a teenage mother in an episode of docu-drama series True Life Stories. Soon after she joined the cast of a no-budget weekend project initiated by writer/director Harry Sinclair. The project eventually found its way onto television screens in a series of bite-sized segments, as the show Topless Women Talk about their Lives.

A loose riff on modern relationships, the show saw O'Neill playing Prue. Her role was later slightly retooled for the feature film of the same name. Prue is cheerful and selfless, but her concern for the well-being of others causes conflict with her Niuean husband Mike. The movie version of Topless Women won O'Neill the best supporting actress award at the 1997 NZ Film and Television awards. In 2000 she reteamed with Topless director Sinclair and castmember Danielle Cormack for The Price of Milk - this time playing a misguided drifter, unaware of how much chaos she's creating.

The mid-90s saw O'Neill alternating the urban Auckland stories of Topless Women with ventures into ancient Greece. In the first episode of the long-running Xena: Warrior Princess she played the sister of Xena's sidekick Gabrielle. O'Neill reprised the role in later episodes, and another role was created for her on companion show Hercules: The Legendary Journeys, as an "Amazon girl with knives and boots - that was cool." O'Neill's work on Hercules would win her a best supporting actress prize at 1999's local screen awards.

O'Neill's theatre work had seen her producing two shows for writer Duncan Sarkies. In 1999 she signed on to appear in ‘comedy thriller' Scarfies, after being impressed by the "watertight" script written by Duncan and his brother, director Robert Sarkies.

O'Neill played Emma, a good-humoured law student who moves into a rundown Dunedin flat, only to find herself caught up in complications criminal, moral and romantic. The night after finishing work on Scarfies, O'Neill flew back to Auckland so she could begin working the next morning on an episode of Hercules. Scarfies would win O'Neill a best actor award at the NZ Film and Television awards in 2000.

Scarfies proved a solid commercial and critical success. A number of Kiwi critics, including Herald critic Russell Baillie, praised the strength of the film's young ensemble cast. Variety's David Rooney made a point of mentioning O'Neill in his review. "Perhaps due to the fact that her character shows the greatest emotional range, O'Neill stands out in the delightful ensemble".

O'Neill has also appeared in historical television series Greenstone (1999), and The Chosen, a 1998 mini series about a cult leader and a troubled priest. The same year she guest-starred in the second episode of cult series Back of the Y, and fronted Endangered Species, a documentary on a cause close to her heart: creating a quota to get more local content on television.