Goretti Chadwick and Anapela Polataivao have been performing as comedy duo Pani & Pani since the mid 2000s. They created and hosted TV's Game of Bros, and have appeared on Fresh. This interview includes the duo discussing: Taking the mickey out of their mums’ enthusiasm for potatoes while growing up Their early love of Billy T James, and finding the best laughs were to be had in church How a failed attempt to avoid a famous teacher at Auckland Girls' Grammar School led Chadwick to acting studies at Unitec, and later taking up comedy Polataivao finding the itch for drama through cheeky improvisation during Sunday School plays, being a founder of theatre group Kila Kokonut Krew, and why she still considers herself a dramatic actor How Pani & Pani was inspired by Charlotte Dawson advice show How’s Life?, and trying to make each other laugh How Pani & Pani are highly exaggerated versions of themselves 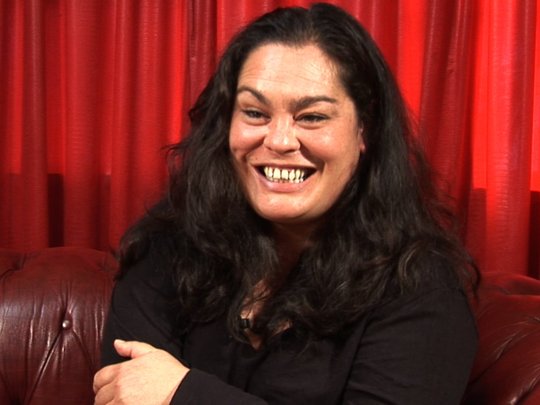 Rachel House has proven herself in both drama (Whale Rider) and comedy (Hunt for the Wilderpeople). David Beatson's career spanned reporting for 1960s magazine show Town and Around, editing The Listener, and being chairman of NZ On Air. Mike King and Andrew Clay have been mates for years. Alongside their own solo Funny As interviews, they found time to get together, insult each other and reminisce about the old days. Among other topics, they describe: Cementing their friendship during a daunting gig in Hawera, after being told they hadn't performed for long enough to get paid  Mike talks about Andrew being the first Kiwi stand-up comedian he was really impressed by — and having no idea that borrowing one of his comedy routines was not the done thing Andrew contrasts the dog-eat-dog stand-up scene in Sydney with the more friendly scene in New Zealand The two laugh about Andrew giving Mike advice in the early days — and how badly they negotiated the deal when they got their own bloopers show