This Artsville documentary (full title: Under the Skin of the Auckland Life Drawing Group) visits a group of artists who have been gathering together for over 30 years to take part in a life drawing. Group members — sculptor Terry Stringer and painters Jan Nigro, John Andrew and Mary McIntyre — talk about the inspiration that the models provide and the journeys they take the images on in terms of their own art. The early history of art schools in Auckland is discussed and the nude models break their silence to discuss the enjoyment they get from participating. Cinematographer Stuart Dryburgh has helped create some of the most iconic images of New Zealand cinema: the girl with a mop of red hair, standing at the end of a country road in Angel at my Table; the piano on a deserted beach in The Piano, and the charged kitchen scenes of Once Were Warriors. 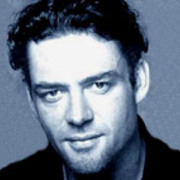