"Those were our people today, and that's Holmes tonight" went the sign-off to Paul Holmes' long-running current affairs show. This collection is a screen tribute to the broadcaster's sometimes controversial, always colourful career. As Jason Gunn writes: "From Dennis Conner's walkout to MPs' moans and groans / You lit up all our living rooms, you made our house a Holmes". 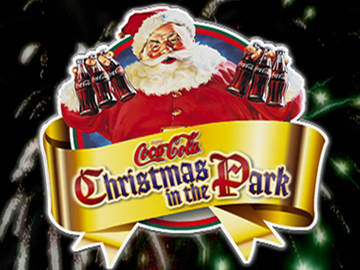 Every year around Christmas time, the Auckland Domain is lit up for a star-filled night of free Christmas celebrations. Hosted by Jay Laga’aia, this 2000 edition of the concert has “more than 300,000 people” gathered for an evening of songs, carols and fireworks. Kicking off with a Christmas rap from Anthony Ray Parker and kids, the celebrations go long into the night. Stepping up to the mic are everyone from Tina Cross, Frankie Stevens and Ainslie Allen, to the cast of Shortland Street and Mai Time. The evening is capped off with a fireworks display and the arrival of Santa Claus. A group of skylarking young boys are out canvassing the neighbourhood at the same time as an elderly woman is losing the will to live. An unlocked front door presents an opportunity for the youths to rampage, unaware that anyone is home. The different energies of youth and old age are set on a collision course for tragedy in this confronting short film from writer-director Gregory King. Junk won gongs at the 2001 NZ Film Awards for best short and for John Chrisstoffels' cinematography. King has gone on to make features Christmas (2004) and A Song of Good (2008).

This "essay on global warming" was written by Able Tasmans band member Leslie Jonkers. Bagpipes and spinning pomegranates give away to amoeba and swirling shots of trees. The band are shot in colour amongst Christmas decorations, and in black and white in a forest as the song spins and builds. Shots of a Chrysler Valiant give way to footage of a village in Africa, a forest in Asia, the Golden Gate Bridge and Speakers' Corner in London. And why a frog? Because when water is gradually heated, a frog doesn't notice the changing temperature and will be poached. Tis the season to be toxic in this "distinctly Kiwi take on the f***ed up whanau" (Chris Knox, Real Groove). Broke, depressed oldest son Keri arrives home to face up to a suburban Christmas countdown and two messed up sisters, a gay brother, drunk kids, and narcoleptic parents. Director Gregory King wrests bleak comedy and holiday horrors from the tokes, tinsel and frequent toilet visits. The raw realism of his debut feature saw it selected for Toronto, Locarno, Edinburgh, and Melbourne festivals. It won best digital film and script at the 2003 NZ Film Awards.