In 2008 Morgana O’Reilly managed to juggle multiple acting roles in Toa Fraser’s one woman play Bare, and TV sketch show A Thousand Apologies. She went on to star as the housebound hero in two very different projects: true story TV movie Safe House (2012), and acclaimed horror comedy Housebound (2014). That same year, she joined the cast of Neighbours, as vixen Naomi Canning. Since then O'Reilly has worked on both sides of the Tasman — including appearances on Wentworth and Wanted, and starring as a mum trying her best to impress at her son's school, in Kiwi sitcom Mean Mums. Morgana O’Reilly: From success in Housebound to the set of Neighbours…

Morgana O’Reilly is an actor and playwright who began her screen career performing in comedy series such as The Jaquie Brown Diaries and Super City, as well as the comedy drama Nothing Trivial. O’Reilly starred in TV movies Safe House and Billy, and in comedy horror hit Housebound. In 2014, she scored a role on long-running Australian soap Neighbours. 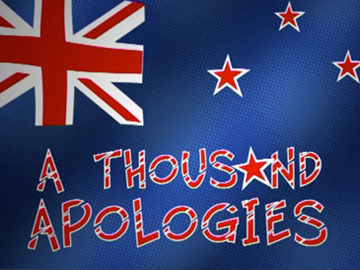 A Thousand Apologies takes joy in lampooning everyday racism. The show was the brainchild of the Thousand Apologies Collective, a group of Auckland based Asian/Kiwi filmmakers which included directors Roseanne Liang,  Shuchi Kothari and Serina Pearson. The six episodes have a classic sketch show format — with sight gags and song parodies, in-between longer character based sketches. Its broader aim is to show Asian/Kiwis as three dimensional-people, rather than the stereotyped roles so often assigned to them on television. 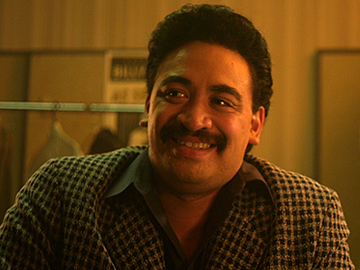 Creating and playing all of the main characters in Super City made for a "physically exhausting" experience for Madeleine Sami. But the hard yakka paid off, with the first season winning Sami a best actress gong and rave reviews. The show weaved the storylines of very different Aucklanders (five in season one, and four new characters in season two): including a ditzy Indian cheerleader, an Iranian male taxi driver obsessed with Māori culture, and a homeless woman. Taika Waititi (Boy) directed the first series; Oscar Kightley (Sione's Wedding) took over for season two.