Part one of four from this full length documentary

Part two of four from this full length documentary

Part three of four from this full length documentary

Part four of four from this full length documentary

In this documentary, writer and satirist Peter Hawes crosses the Bombay Hills border in his Morris van to record his take on mid 1980s Auckland. Pocked with as many puns as Auckland has volcanic craters, Hawes' profile is a sprawling, breezy look at New Zealand's largest city: from a Chase Corporation high rise to shearing sheep in Cornwall Park; from Eden Park to Bastion Point. Interviews (with politicians, sportspeople, gossip columnists, strip club fashion designers) are mixed with skits covering jogging, bridge building, shipwrecks, multiculturalism and sewers. Hamish Keith looks at Auckland in 1971 A look at Auckland high rises A documentary on the Auckland Harbour Bridge Another look at Bastion Point

Stars Peter Hawes as an actor 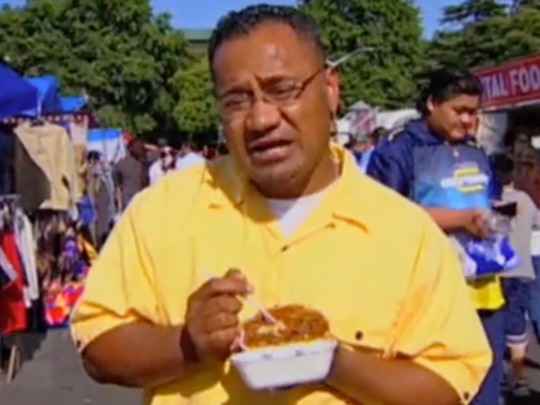 A later visit to the markets

More on the Manukau Heads disaster