In the vein of 'We are the World' and 'Do They Know It’s Christmas', 'Don’t Go' rallied NZ musicians to express their opposition to the proposed 1985 All Black tour of South Africa. Don McGlashan, Chris Knox and Rick Bryant were the front row for this one-off single: a catchy number written by McGlashan, Frank Stark and Geoff Chapple. The video — directed by Alison Maclean and shot by Stuart Dryburgh — never attempts to get in the way of the message, placing the ensemble cast in front of red, white and black backdrops (interspersed with rugby imagery). 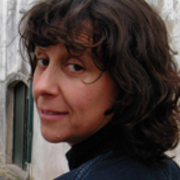 In the era of Live Aid and Band Aid, Don McGlashan,...

Documentary looking back on the 1981 Springbok tour Rick Bryant features in this doco Features the tour the song was protesting against