This documentary, made seven years after the death of legendary filmmaker and kinetic artist Len Lye, tells Lye's story: from being a young boy staring at the sun, to travels around the Pacific and life in New York. It includes excerpts from many of his films, and interviews with second wife Ann and biographer Roger Horrocks. Len Lye himself is often heard, outlining his ideas of the ‘old brain’ and how Māori and Aboriginal art influenced his work. The grandeur of his ideas are only matched by their scale, with steel sculptures designed to be "at least 20 foot high".

They're too complicated to get into. They were so personal and he thought everyone would understand them so easily and I don't think anybody really did. And I spent years of my life rewriting and typing and trying to make these things comprehensible. So then I'd give them to him and he'd correct it all! So I finally quit, I said no more. He'd change it all back to incomprehensible!
– Len Lye's second wife Ann Zeiss, on his ideas Made in association with Channel Four Television (United Kingdom) 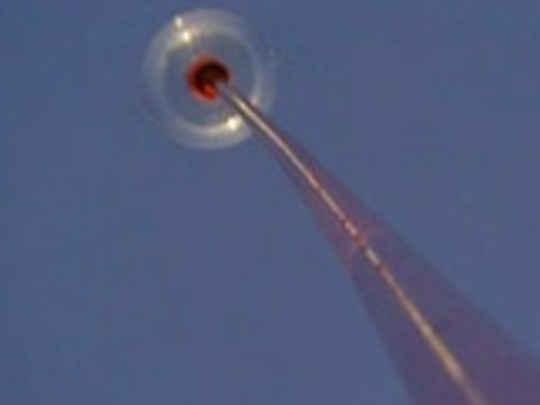 Documentary on the history of NZ animation Another experimental film-maker from NZ