Prince Tui Teka performs his biggest hit 'E Ipo' in this excerpt from a TVNZ special. Based on an Indonesian folk melody, ‘E Ipo’ was written by Teka with Ngoi Pēwhairangi ('Poi E'), when he was courting her niece Missy, his future wife. The two join Tui Teka onstage for a rousing rendition performed with his trademark verve and humour. Joining them at TVNZ's studios in Auckland’s Manchester Unity building are Pita Sharples’ Te Roopu Manutaki cultural group. 'E Ipo' hit number one, following te reo-heavy chart-toppers 'The Bridge' (by Deane Waretini) in 1981, and Howard Morrison's 1982 take on 'How Great Thou Art'. 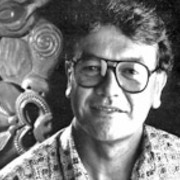 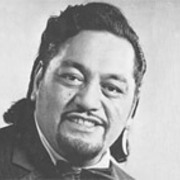 Prince Tui Teka was born in Ruatahuna in...

The full concert this song was taken from Another te reo number one co-written by Ngoi Pēwhairangi Documentary about another te reo number one A Dalvanius-produced hit song from 1982 Another song in te reo