This telefeature imagines the build up to, and aftermath, of an Auckland volcanic eruption. The last big one produced Rangitoto, and scientist Clive de Roo (Mark Mitchinson from Siege) is the man who discovers under the mountain rumblings, 600 years later. Citizens are non-plussed until the top pops. Eruption was produced for TV3 by The Gibson Group and was one of the last projects completed by veteran screenwriter Graeme Tetley (Out of the Blue, Vigil) before his death in 2011. The Gibson Group had earlier produced 2008 earthquake in Wellington drama Aftershock.

You can’t choose when you will have a crisis, and it’s just bad luck if you have one when there is a volcano arriving on what was supposed to be ‘your’ big day.
– Screenwriter Graeme Tetley 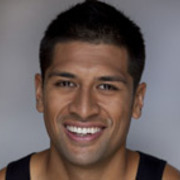 Produced in association with Ministry of Civil Defence and Emergency Management

Another disaster drama from The Gibson Group Documentary on the 1886 Tarawera eruption

A journey to an active volcano

Involves a plot to nuke Rangitoto

Graeme Tetley also worked on the script for this Mark Mitchinson plays a radio DJ in this web series

A 1955 documentary on NZ geothermal activity Andy Wong leads the cast in this series Actor Andy Wong was also in this Andy Wong stars in this series