A 6 minute excerpt from this feature film

A 4 minute excerpt from this feature film

This straight-faced parody is Aotearoa's only sequel to a movie that never was. Alongside Abby Walker, co-creators Andrew Todd and Johnny Hall had the idea for a terrifying shark spirit that can attack via any form of water (e.g. steam). The duo took so long to edit the result, an American cable TV film unleashed a Ghost Shark before them. In excerpt one, the mayor of Auckland argues about impending disaster with gruff hero Tom Logan (played by Hall), and a group of friends fail to heed the warnings. Then Tom punches himself in the face and has a weepy flashback, before cameos by Rachel Smalley and David Farrier.

...everyone will die!
– Tom Logan (Johnny Hall) makes clear the seriousness of the ghost shark situation More men acting macho in dramas with 'shark' in the title 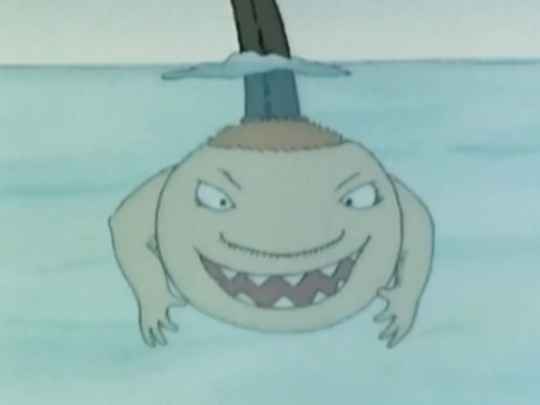 Spot the shark in this sea-themed music video