Computer graphics are out to make a killing.
– Sundance tagline for the film 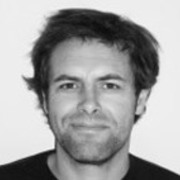 Another short from James Cunningham A different sort of bank robbery

Another award-winning short from James Cunningham Trailer for a documentary about artificial intelligence