An 11 minute excerpt from this documentary film

The credits for this documentary film

I've got a f***ing disease, and it's called heavy metal.
– Into the Void guitarist Jason Greig Music by Into the Void More on the Christchurch music scene Another documentary on underground artists 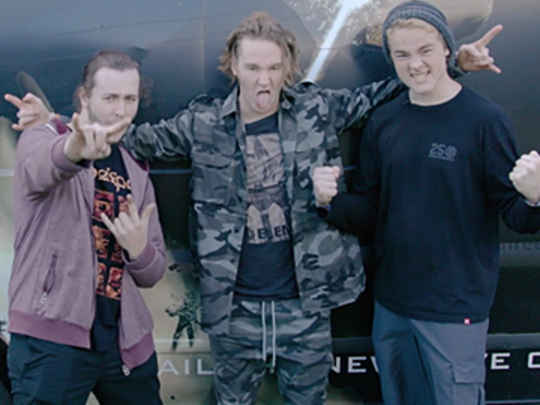