Pioneering poet, author and journalist Robin Hyde was originally Iris Wilkinson. Directed by Tony Isaac (The Governor), this ambitious co-production for television mines quotations from Wilkinson's writing to dramatise her life. In a parallel plotline, a writer, actor and director wrestle with how to capture Iris on screen. For Australian Helen Morse (Picnic at Hanging Rock) playing Iris was a privilege — and her "most difficult" role to date. Morse concluded that Iris was "extraordinarily vulnerable emotionally". This excerpt includes a cameo by the writer's real life son Derek Challis.

Brilliant, beautiful, difficult and doomed.
– Derek Challis on his mother Iris Wilkinson, in his book The Book of Life: A Life of Robin Hyde 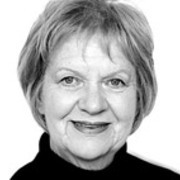 Another tale of a sensitive writer A Historical epic from the same writer and director

Features another film within a film

Interview with another talented female writer

Another journey into the past by director Tony Isaac Philip Holden also acted in this Documentary about another complex writer