In this episode from New Zealand television’s first local documentary series, pioneering producer Shirley Maddock visits the Hauraki Gulf island of Waiheke — just 11 miles from downtown Auckland. A time-consuming boat trip has kept it as the preserve of holidaymakers and retirees, but faster transport is on the way. In a nicely judged delve into island life, Maddock is eloquent and engaging as she meets local identities, visits a wedding, a 21st, and the primary school sports day — and ponders Waiheke’s past, present and future, as Auckland inevitably reels it in.

Being single and the youngest of a close and loving family meant I that could be as devoted to my work as any religious to her vocation. Time after time, with not a backward glance, I went darting off to one island or another, owing responsibility to nothing but the job in hand.
– Shirley Maddock in the Islands of the Gulf book (Revised Edition) Collins, 1983 p 14 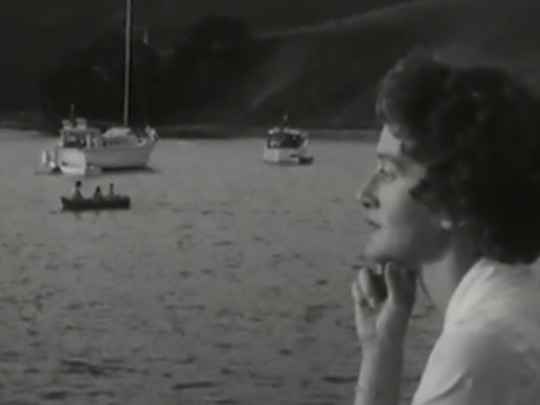 A rather different excursion on the Hauraki Gulf An island at the other end of the country

A rather different island way of life

Further exploration of the Hauraki Gulf

Another island in the Hauraki Gulf Another visit to Waiheke Island