“What’ll it be Aotearoa?” In 2009 Māori Television rebooted the classic television game show first hosted by Selwyn Toogood back in 1973. Presenters Pio Terei and Stacey Morrison travelled to the regions to quiz contestants with locally-specific questions, and the players earn the right to choose between the money or the bag. In this fourth season episode, the show travels to the Taranaki town of Opunake, birthplace of Peter Snell. Prizes include a multi-kai cooker and an electric guitar. The series is presented in English and te reo.

Thank you — I’m just sucking in my guts.
– A contestant, when complimented on his figure 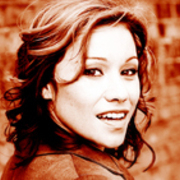 Opunake is the birth place of Peter Snell A quiz show with a higher brow