These behind the scenes shots of NZ Broadcasting Corporation's pop show Let's Go offer a fascinating glimpse of Kiwi television production in the mid 1960s. No episodes of Let's Go survive, so this colour footage — shot during a rehearsal by technician Clyde Cunningham, on Standard 8mm film — is also the only record of a series which was only ever seen in black and white. Peter Sinclair is the presenter (in his first TV job), while the technicians are resplendent in white coats (including floor manager Ian Cumming). The musicians are still in the thrall of Beatlemania, with their suits and boots.

Camera Operator (behind the camera) 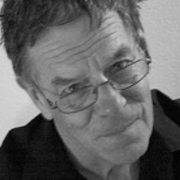 In the heady days of Beatlemania, Let's Go... More mid-60s television made in Wellington Behind the scenes at the NFU's Avalon Studios