Fuelled by enthusiasm more than cash, Newton Salad debuted on Wellington station Channel 7 in November 1999. In the first episode, Dempsey Woodley described the show as a mix of talkback and comedy. Alongside viewers' calls, hosts Woodley and Amanda Hanan introduced sketches and guests — including Flight of the Conchords, Pinky Agnew (as Jenny Shipley) and Gentiane Lupi (Helen Clark's hairdresser). After two months of live weekly shows, Newtown Salad returned for five nights in May 2000 showcasing acts from TV2's International Laugh Festival. 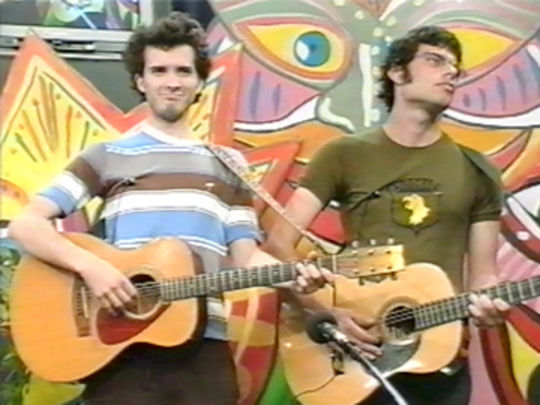