Described by writer/director Paolo Rotondo as a “drama about how adults need kids as much as kids need adults”, Orphans & Kingdoms follows three teens on the run, who break into a holiday home to hide out. Then the owner (Colin Moy, who played the brother of the main character in In My Father’s Den) arrives home, followed by the police. Shot on Waiheke Island, the low-budget Escalator film had a sell-out world premiere at the 2014 Auckland Film Festival, before winning a Moa award for best editing. Best known as an actor, Rotondo won awards for writing short film Dead Letters.

I lived on Waiheke Island for 10 years … I was blown away by the massive disparity between people’s wealth and lifestyles that is even more pronounced on the island and I wondered about those kids who weren’t as lucky as mine.
– Paolo Rotondo on website Darren's World of Entertainment, 15 July 2014 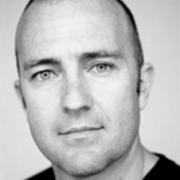 Colin Moy also starred in this Another Auckland tale of haves and have nots Director Paolo Rotondo stars in this

Colin Moy also acts in this