President Lyndon B Johnson's whirlwind visit to New Zealand on 19 October 1966 is chronicled in this National Film Unit documentary. The visit came as controversy grew over Kiwi involvement in the Vietnam War. But aside from a few protestors, the first visit to NZ by a serving US President and his wife was greeted with enthusiasm by about 200,000 Wellingtonians. State and civic receptions were followed by the obligatory farm visit to watch a shearing gang, before the President flew out at the end of 'New Zealand’s day with LBJ'. 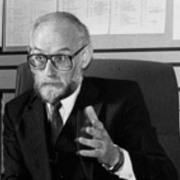 Documentary on NZ in Vietnam A less welcoming response to a US visit Shona Laing reflects on another US leader An alternative contemporary view to LBJ This film appears in this documentary about protest